Seattle is a beautiful, bustling metropolis that’s pulsing with culture, cuisine, music, and coffee (of course). 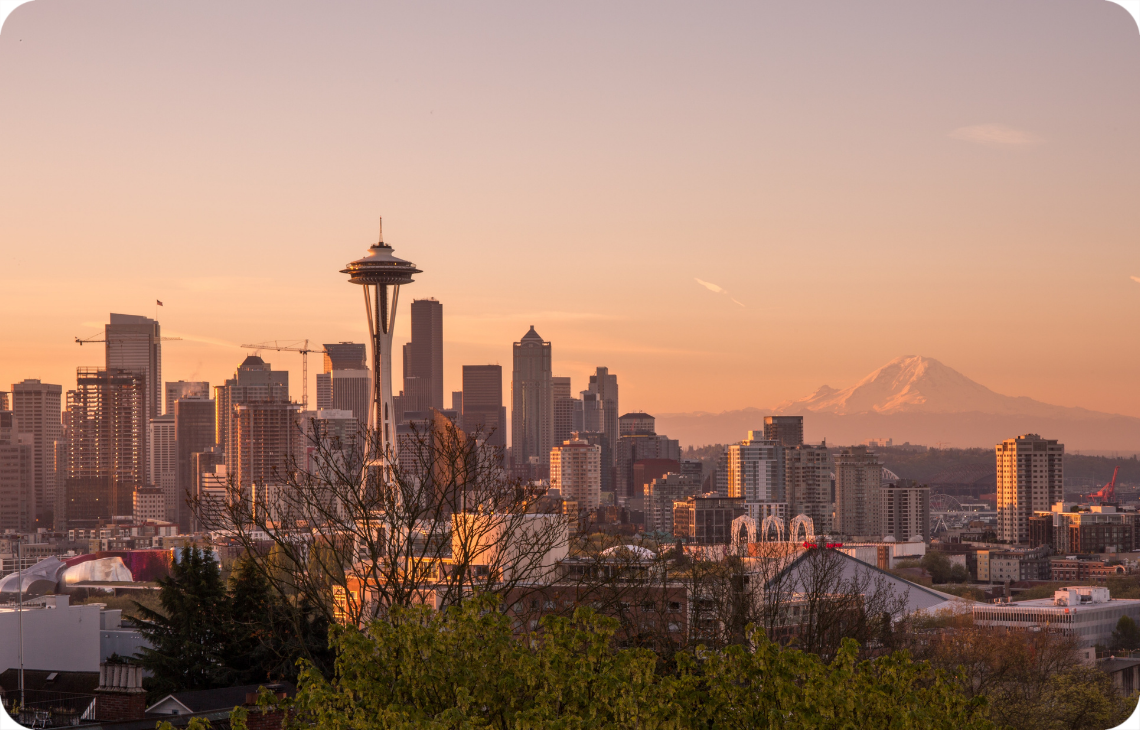 Seattle has all that rain to thank for its nickname the Emerald City. Lush greenery surrounds this drizzly city year-round, giving it gorgeous green views (especially from the Space Needle) and all sorts of outdoor excursions. So grab a cup of coffee and start exploring all that Seattle has to offer.

In the far Pacific Northwest corner of the U.S. sits a stunning coastal city that shines far brighter than the dreary days it’s known for. Seattle is a beautiful, bustling metropolis that’s pulsing with culture, cuisine, music, and coffee (of course).

Calling all coffee snobs—the first-ever Starbucks was founded in Seattle and with it brewed a long-standing coffee culture in the city. Rain aside, Seattle is often associated with a good cup of joe, and it’s taken extremely seriously. Similar to wine, coffee shops explore a variety of notes and techniques, roasts and beans, to create the ultimate caffeine boost. Be sure to check out Time Out’s list of great Seattle coffee shops for your next visit.

In downtown Seattle, directly across from that Starbucks, an iconic neon sign glows with life. Simply put, The Pike Place Market is the soul of the city—it’s one of the oldest continuously operating markets in the country. For over a century, this market has been open for 363 days of the year, booming with small businesses, farmers, and crafters that are local to the city. You can easily spend hours wandering aimlessly around the market, dining, snacking, and shopping in this vibrant, diverse area of Seattle.

“Seattle has gone from a small but vibrant music scene to a rock mecca,” Rolling Stone wrote back in 1992. This city is the birthplace of grunge music, and there are still tons of tributes to explore when it comes to this genre including the Kurt Cobain Memorial. In the early ’80s, Seattle held on to its hippie values about nonconformity, allowing edgy, vocal bands like the Melvins, and later, Nirvana and Pearl Jam, a chance to express themselves by fusing elements of metal and punk in their sound.

Living in or moving to Seattle? We currently partner with over 40 apartment communities in Seattle, such as Kiara, Elan Uptown Flats, and LINQ Flats + Lofts. If you’re interested in learning what other communities we’re in, contact us here.

Alfred Expands To North Carolina With Platform Launch In Over 2,000 Apartment Units In Charlotte

Adeline will be the first luxury apartment community to implement Powered by Alfred, the largest and most advanced resident technology platform inclusive of community programming and on-site concierge services